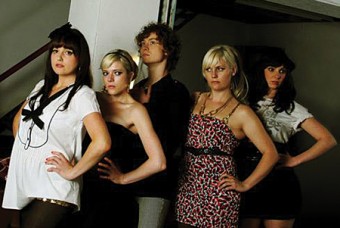 Music | Talulah Does the Hula

Consolidation is the key word for this story. With the necessity to get the best from the worlds of pop and Indie rock, former acts the Chalets and Neosupervital consummated their differences and gave birth to a beautiful young child named Talulah Does the Hula. 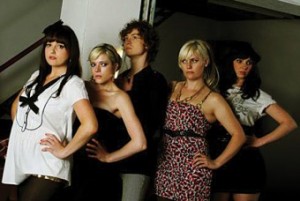 This year they play the Hard Working Class Heroes Festival for the first time, citing it as an opportunity to just do what they love. Of course, as the Festival’s name suggests, it is an accolade comprising of struggling or part-time musicians who for some reason or other just like to gig around the Dublin circuit.

“We’re just taking it as it comes really, mainly because we really love it,” Talulah’s Jessie Ward tells otwo. It’s sweet for a band to admit this, but it’s also always nice when things get off the ground and the money starts rolling in. This is not to say that they’re in it for the money though – there is a genuine feeling that they truly enjoy what they do, and what better way to see the world than to play music to it?

“We’d love to get out of Ireland to play Europe and America but for now it’s no problem because we really like the crowds that come see our gigs in Dublin,” And who could blame those crowds? There music is fantastically poppy and is regularly cited as being “sunny-sided”. To couple this, there are four beautiful young women (and mandrummer) on stage to make even the most remarkably miserable Irish eye smile.